Mary Denaro’s entire life has been a journey of exploration and adventure to experience and understand consciousness. Posthumously August 22, 2018 †. 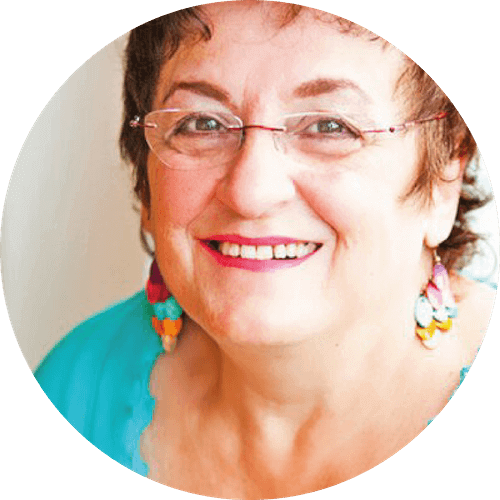 Born in New York State, in the US, while living in Hawaii in the ‘60s she consciously experienced that everything is energy. Later, back in California, she was inspired by the pioneers of the Human Potential Movement, and as a result of a back hernia, Mary came in contact with the practice of acupuncture. This was the beginning of a lifelong fascination, curiosity and study of Eastern and Western energy systems.

During her years of private practice, her own method of communicating and connecting with “Body, Mind and Soul” took form. At the end of the ‘70’s, Mary was invited by the Istituto di Bioenergetica in Italy to share her method with them, and later throughout Western Europe. She is also one of four pioneers from California who brought intuitive development and healing to the West.

In 1982, she co-founded the Center for Intuitive Development in the Netherlands, Centrum voor Intuïtieve Ontwikkeling CIO (later called CICO). CIO was the first training center for intuitive development in Western Europe, partly developed on the basis of a California system.

Over the years, Mary has trained and inspired thousands of people around the world to expand their consciousness by developing their intuition and integrating it into their daily lives and work. As a result, thousands of students have started their own practice or have set up their own centers all over the world. She is very grateful to have had the opportunity to support so many people in their transformation to a new way of being.

Since 2000, Mary has been a mentor, consultant, and trainer of entrepreneurs and directors through Denaro Consultants International. As a result of a stroke, The Alignment Technique™ began to reveal itself to her. It gradually evolved over a period of several years as she experienced this technique more often and deeper, and developed it nationally and internationally. It is now an integral part of her work and her collaboration with Rik van der Want has brought further depth and refinement.

Mary Denaro resides in the Netherlands and is the second mother of two beautiful Dutch children.